“It is our choices… that show what we truly are, far more than our abilities.  – J. K. Rowling

You know how some conversations stay with you to play again in your head at the oddest times? Several weeks ago, I had one of those conversations with someone around choice.  “It’s a choice,” she insisted hotly, “and I make it every day. And sometimes, it’s not easy.” What has stayed with me is not the choice she makes but her awareness that she is making it.

As a writer, choice plays a dual role. I make choices that impact my writing: how long I spend working on my novel each day, whether to include or cut a character out of the story, how many days to blog, what to write about on my blog, what content I put out on social media and the list goes on. I also create characters and they make choices. This is even trickier because I have to step into that character’s head and ask myself what the character would do. Often they make choices I wouldn’t, and at times don’t approve of and because they are living in today’s world, some of them don’t realize they are making choices that will have consequences.

There seems to be a lack of awareness in our culture today that we are making choices. We see this from the highest levels of government down to the shopping carts in our local supermarkets. Over and over again we hear the refrain, “It’s not my fault.”  People seem to be genuinely unaware that they chose to spend the money, take the loan, attend that college, select that career, eat the fast food or avoid the walk. If we struggle with the concept that we have a choice, then the idea of that choice resulting in a consequence is completely foreign to us. How did we end up in debt, under-employed, unable to buy a home, underwater in the home we own or obese?

Yesterday was Father’s Day. Two years ago, I wrote a blog post about my father (Remembering My Father). There’s nothing I can add to it. I doubt my father gave any thought to being a good father. He was our father and he loved us. I am pretty sure for him that was enough and it ended there. Yet he showed us how to live by what he said and how he lived his life.

The summer I was nine I met a little girl at a neighbor’s house who played dolls with me while the adults played cards. She was visiting with her parents. They were my dolls. I had a family of dolls, each with a name and clothes beautifully made by my mother. This child didn’t have a doll with her and I was happy to share mine.  When it came time to pack up and leave, I impulsively offered her one of my baby dolls. “To keep for my own?” She asked.  I agreed she could keep the doll.

Later that night realizing that one of my babies was gone forever, I regretted my choice to give her the doll. I wanted the doll back. My father sat down and explained to me that what I did was a nice thing. He told me the little girl had never had a doll before. He pointed out how lucky I was that I still had several others. I said I was sorry she didn’t have a doll but I wanted my doll back. He stood up and said, “You made a choice and you have to live with it. You can’t ask for the doll back. You gave it away.”  It was just one of so many gifts he gave me. I still miss him. 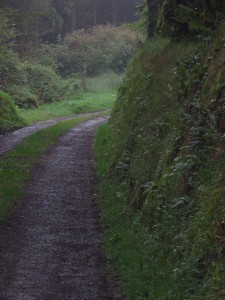 All choices lead to a consequence.