“Writing is not a matter of time, but a matter of space. If you don’t keep space in your head for writing, you won’t write even if you have the time.” ― Katerina Stoykova Klemer 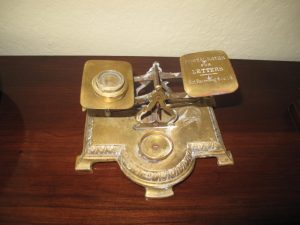 Trying to find the balance…

These last few months I have been struggling in every sense with space and balance. This year has not been a good year in a life that can only be described as never having been known for either. Starting last September, I took three spectacular falls. Once you receive your Medicare card, which I did this June, the concern is that falls may be caused by cognitive issues. Oh, no!

When I mentioned this to my sister, she said, “What about that time I watched you walk across the cafeteria and throw your used lunch bag in the trash and then fall flat on your face?” She was fourteen and I was seventeen. Reviewing the long list of times I ended up on the ground over the course of my life, I suspect this year of epic falls were a combination of my not paying attention because I was thinking of something else —like what a character should or should not be doing— or because I am and always will be a klutz.

“Incidents” that I bounced back from earlier in my life with nothing more than a bruise or two now require weeks of ice packs, elevation and physical therapy. Something I have not found conducive to writing.

The latest fiasco occurred in April. I fell down the basement stairs. Really, this should not have been a big deal. I was carrying the cat’s bed in one hand and hanging onto the railing with the other and then I missed the last two steps. I slid down and slapped my left foot on the cement floor. Hard. Should not have been a big deal and would not have been a big deal once upon a time but now involved great drama including a trip to the ER, x-rays and disheartening orthopedic “stuff” i.e., knee immobilizer, walkers, canes, etc. It wasn’t funny. I did learn a new medical term “acute effusion” which is a complicated way of saying “swollen” which I filed away to be used in some future novel.

The balance Katerina Klemer is referring to comes down to finding the time and the space to write. I have the physical space – an office I am delighted with. Finding the mental space and the time continues to elude me. I understand why writers leave home to seek refuge in libraries and cafes to write. Home presents too many distractions. I am working at eliminating those. When I retired from my job as a corporate training manager, I (foolishly) thought I would have so much time I might be bored. Ha, ha. The joke was on me.

I try to write every day. There are days the writing does not happen because other things crowd in. I’m working on Maggie’s Girls, the sequel to Francesca’s Foundlings. I’m struggling with finding balance in this story, too. Writing a series is challenging. You need to include the characters from your previous books and introduce new ones to keep the story interesting. I’m trying to find the balance of who goes and who stays. They all beg to be included. The plan is to bring all of them back together in the fourth book currently planned as the series finale.

Meanwhile, in an effort to keep myself balanced, I have been practicing Tai Chi. I am doing the shorter form of 24 -Yang Style Chuan. I love it so much that I think you will see a character take it up soon.

I wonder which one?