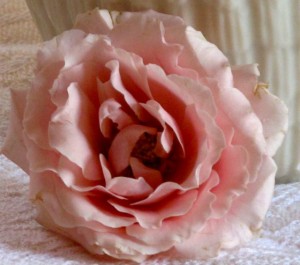 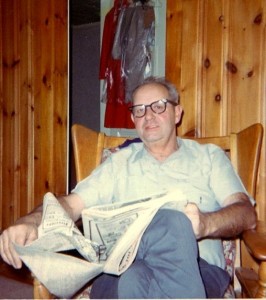 My theory is you shouldn’t apologize for believing in an idea-channeling muse. You should just be sure to feed her.” ― Laurie Seidler

The dogs of my life. I counted them one day and I came up with eleven. Twelve if you count Teal, the dog who dropped in for a visit and left four years later. As she was the one my husband liked best, I think I do need to count her, too. Twelve dogs who trotted gaily thorough my life strewing joy in their paths, beginning with Teddy who showed up shortly after I learned to walk. More than once we had several living with us.

“You know, I think I like dogs better than I like most people,” I once told my Aunt Joan. She studied me carefully for a minute as if to make sure I hadn’t lost my mind and then said, “Who doesn’t?” So now you can see that I am one of those writers who will always slip in a dog or two.

Two years ago in September we made the decision to let Grace, our English cocker spaniel, go. It was a hard decision but in the end it was kind. “Never, never, never again. No more dogs,” I said, through my heartbroken tears. My husband actually snorted. Really, he snorted.

We went to Ireland in November and there in Phoenix Park, Dublin we met a dog. 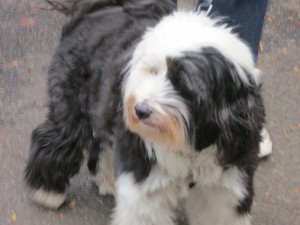 Murphy the dog from Phoenix Park

“Is that a miniature sheep dog?” I asked the gentleman at the other end of the lead.

Clearly affronted, he drew back and told me with no small degree of umbrage, “No. He is a Tibetan Terrier.”

Never having heard of the breed, I asked. “Is he friendly?”

We came back from our trip and I began to hunt…not that I wanted a dog but…there was something about these Tibetan Terriers.

Some times things happen as they are meant to. In December, I discovered Gamine Tibetan Terriers in Blandford, Massachusetts. Cute dogs…very cute dogs. But there’s more. Gamine Tibetan Terriers are neighbors of my husband’s cousin…really. And there’s more. A litter had been born the very day I checked the Gamine website. An unusually large litter so, yes, I could have a puppy.

And along came The Muse. 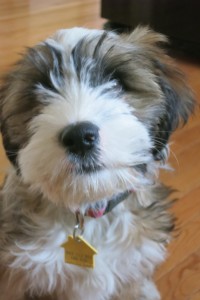 Her name is actually Arleigh Burke. Yes, I know it’s a man’s name but we thought we were getting a boy and then suddenly it was The Muse, already exerting her powers.

My husband retired from the Navy with the rank of commander. All three of our dogs have been named for U.S. Navy admirals: Halsey, Hopper and now,  Arleigh Burke, because, of course, an admiral outranks a commander. Every single time.

I have loved all my dogs and they each retain a special place in my heart but The Muse is the smartest. She is also pretty cute.

Her role in my writing process is to show up and inspire. 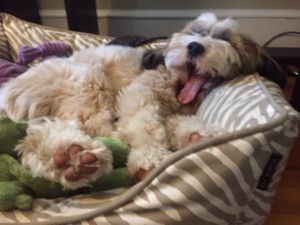 Midway through writing Francesca’s Foundlings, a black and white Tibetan Terrier whose name is Thatch trotted into the pages while I was writing. You will have to read the book to find out more but I credit his appearance completely to the powers of The Muse.

In Tibet, these dogs were known as ‘the little people” and believed to bring good luck. We treat The Muse like a little person, one with a lot to say, and she has certainly brought us good luck.

You will be seeing more of The Muse here on this blog. So stay tuned. 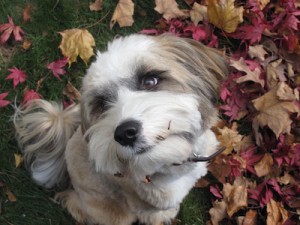