“Above all, be the heroine of your life, not the victim.” Nora Ephron From Wellesley Commencement address, 1996

Nora Ephron died last week. In reading the many reprints of her written material and in listening to rebroadcasts of earlier interviews that have appeared since her death, I was reminded of something that I already knew; she was a very funny lady whose insights were usually right.

Nora was older than I am but I grew up in the same era, a time when all young girls aspired to being nice. Oh the potential of so many young women that was embalmed and entombed by nice. How many of you reading this remember when it was important to never outshine a man, to always appear dewy, and above all, to keep your mouth shut and smile?  We were encouraged first and foremost to marry so that some man could take care of us. What was not stated but definitely implied, was that he also would tell us how to think.

Nora’s essays, as well as quotes like the one above, can’t help but make you think. The results of those thoughts can sometimes be bittersweet. The truth is, that once I hit adolescence, it became harder and harder for me to even fake pulling off nice. Not having achieved being nice, exacted a steep price. That price was a lack of confidence that riddled my twenties and thirties making me question every decision I made. Belief in myself has been hard won.

Women have been hammered into being victims since time began probably because historically we have been smaller, weaker, and more fragile. It is only by becoming the heroines of their lives, and arming themselves with knowledge and experience, that they have learned they can go anywhere and become anything they wish. It is important to remember that you don’t have to be nice to be kind.

I am not a rabid feminist but I am increasingly bothered by the frisson I sense today that women are being pushed backward toward those good old days of being nice. I urge you to encourage all the young women you encounter to follow Nora’s advice to become the heroines of their lives.

I leave you with more words of wisdom from Nora Ephron to the young women of Wellesely College:

“Whatever you choose, however many roads you travel, I hope that you choose not to be a lady. I hope you will find some way to break the rules and make a little trouble out there. And I also hope that you will choose to make some of that trouble on behalf of women.” 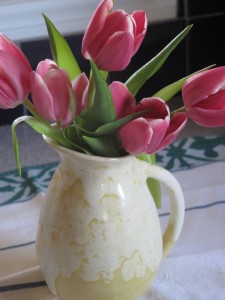 Thanks, Nora. We will miss you.