“It’s a poor sort of memory that only works backwards, says the White Queen.” Lewis Carroll

December is the month for fun reads so I’m happy to recommend Mrs Queen Takes the Train by William Kuhn.

This is a book about The Queen. Yes, the one who comes immediately to mind when the word queen is mentioned:  Elizabeth the Second, by the Grace of God, of the United Kingdom of Great Britain and Northern Ireland and Her other Realms and Territories Queen, Head of the Commonwealth, Defender of the Faith.

The author, William Kuhn, is a biographer and a historian. Mrs Queen Takes the Train is his first novel.

He begins with a deceptively simple idea. What if The Queen decided one day to take the train, like any other passenger? Mrs Queen Takes the Train describes exactly what happens when she does. The story begins with Her Majesty waging war with her computer, ultimately resorting in a fit of temper, as we all have at one time or another, to shutting down and rebooting. She finds herself becoming sad  and decides to ward this feeling off by  thinking of happier times including voyages spent on the now retired royal yacht, Britannia.

How presumptuous of the writer to climb into the head of the sitting monarch, but what fun he has with it. He provides a window into her thoughts on a variety of topics including her late daughter-in-law, wayward children, and demanding spouse with such skill that you almost believe that you really do know what she is thinking.

This is a queen who does yoga and sneaks expensive cheese to her beloved horse whose name is also Elizabeth. When she decides on the spur of the moment to pop up to Edinburgh in the company of the clerk from the cheese shop to visit the Britannia, a quietly desperate chase by five of her loyal attendants ensues. The results are both poignant and hilarious.

The portrait that emerges of this eighty-six year-old lady in a Hermes headscarf is so very appealing that you will find yourself wanting this to be The Queen. Regardless of how you feel about the Royals, you can’t help but like her, as she makes her way through her kingdom meeting some of her less fortunate subjects.

This book would be a wonderful stocking stuffer for anyone on your list who is a Royal Watcher. You might enjoy it, too. I know that I did. 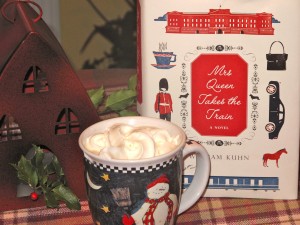 The Queen viewed in a different light.

“I think our duty as writers begins not with our feelings, but with the powers of observing.” — Mary Oliver 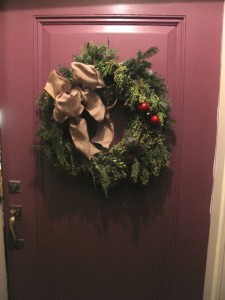 How will you spend your time this year?

I suppose I am showing my age when I tell you I can remember when the holiday season began slowly in December the  giddy sense of excitement mounting as Christmas Day approached.

Decorations in homes and stores appeared in December and not before. Today there is a sense of frenzy that can be felt almost everywhere, beginning as early as Halloween. We drive from one mall to another and then rush from store to store in search of the best deals on this season’s “must have it”.  A sense of always being behind, and never quite catching up, causes people to feel anxious and surly and manifests itself as rudeness and sometimes out and out unkindness, the opposite of what this time of year is supposed to be.

December should be a time to observe what is happening to the people around you, to stop and take a close look at those you love. If you take the time to pay attention, and stop worrying about finding and then somehow paying for material things, I think that you will discover that December can be a magical month. The world outside is slowing down and taking a breath. We should take a lesson and follow suit.

If you are lucky enough to have children in your life, I think you will see that even more than that perfect toy, what they crave is your attention. This is your opportunity to make memories they will cherish forever, like creating snow angels or snow people or reading a holiday story in front of the fire. You might think about that the next time you buckle them into a car seat to haul them off to the mall one more time.

It is also a time to stop and remember that the elders in your life will not always be with you. Rather than one more pair of gloves or a scarf, take the time to sit and talk with them over a cup of tea or a glass of wine. Allow them the opportunity to recall with you past holidays they have enjoyed and the people they love who are no longer here. Become a keen observer. Study the faces of those around you. It is easy in December to overlook loneliness or anxiety in others because we are too busy shopping or doing to take the time to see it.

December is also the perfect time to take a few moments to cherish you. Find a moment to reconnect with your own favorite memories of the holiday season. Take a walk in the park or the woods with your dog rather than run through a parking lot. Read to a child. Laugh over a cup of tea with your mother or your brother and sister. Go sledding or skiing with your best friend or your cousin. Hug the person in your life you love best. Enjoy your cat being dazzled by the Christmas tree. Rather than reaching for your credit card, spend your time not your money and spend it wisely. You won’t be sorry you did. Instead of beginning the New Year dreading the arrival of the mailman, you will be able to embrace the excitement and unlimited opportunities unfolding before you.

What is your favorite holiday memory?