“The best time to plant a tree is twenty years ago. The second-best time is today.”  ― African proverb

The first of March, I left my job after twenty-three years in corporate training to transition into full-time writing. If you had asked me what I thought that meant I think I might have said,  “I will be able to write full-time without interruption.”  Or something like that – of course I was wrong.

I was lucky in that the decision to leave was mine. I was not kicked to the curb. My managers and my colleagues were very gracious and said they would miss me. I miss them, too, but I don’t miss the need to be awake and engaged for early morning calls with Europe mornings after nights when I had been on the phone with clients in Asia until long after midnight

I began to work full-time in my thirties. I was a single mother of a teenager. We had numerous animals – I think the count at that time was five – and lived in a two hundred year old house with a great deal of charm and two hundred years of dust in the wide pine floors. It was a lot of work to attempt to keep it clean. I was very fortunate to work for a company willing to pay for my graduate degree. Once a week for four years, I drove the thirty plus miles into Boston to attend class at Boston University. Multi-tasking became second nature to me. I needed to multi-task, as so many working mothers do, in order to survive. I am not sure that I ever did it well, but it became second nature to me. It was a habit I carried with me into the current world of Social Media, texting, emails, and Twitter.

Here is what I have discovered since leaving my job: When you become your own boss you can do whatever you want. I have also learned to my chagrin that enforcing your own hard deadlines is tough. My goal was to finish the first draft of Francesca’s Foundlings, which is the second book in the Lynton Series by June 31. I realized this weekend, in order to do that I am going to have to learn a new skill: The art of focusing on just one thing or single tasking.

This means I need to do the following: Turn on the computer (and not look at email, NPR’s homepage, Twitter, my online bank statement, Amazon, or Facebook – all can be huge time sinks), open the word document of my manuscript and WRITE.  This also includes NOT answering the landline, my cell phone or the doorbell.

The second thing I have learned is this: I can’t write creatively all day. I follow several writers on Twitter, Facebook and their individual blogs. Some of them use time to block out their writing period and others use either a page or word count. Currently, my strategy is to write from nine to noon and edit or research (which includes reading Twitter, Facebook and blog posts) from four to six.

I use my evenings to catch up on my email, bill paying, talking to my husband and Words with Friends.

I am always asked, “How’s your new book coming?”  I plan on filling you in on that in my blog post next week. The short answer is pretty well but you have to wait until next Monday to hear about that.

If you have any tips on how to single task I would love to hear them. 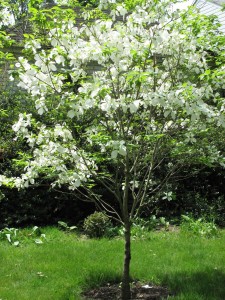